Mrs May may as well run her campaign by video conference.

The Media keep on asking "Why Theresa May is so popular/" without pointing out that it is in part because they says she is,

There was extensive coverage of her visit to Scotland where she met the people.

Or rather a small group of activist  in a small church in Aberdeenshire. 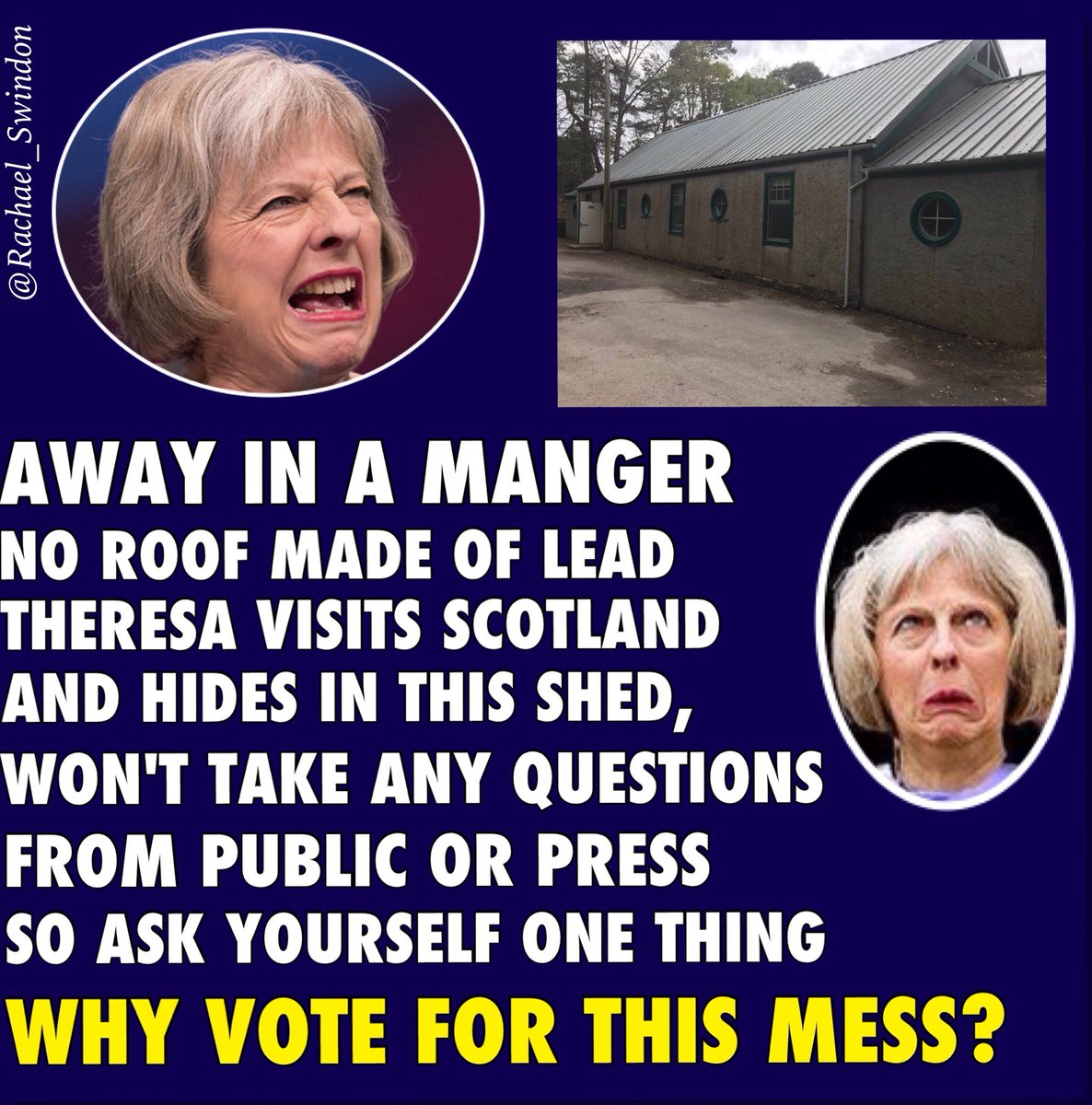 Indeed as John Dixon points out on his Borthlas Blog , she may not even have to exit.

For almost 70 years, the touchstone of researchers in the field of artificial intelligence has been the Turing Test. Devised by Alan Turing in 1950, the essence of the idea is that if a human can’t tell whether a particular conversation is with a human or a machine, then the machine passes the test and can be considered intelligent. It strikes me, though, that there’s a problem with this approach – what happens if an entity which in most other respects appears to be human fails the test? Should we conclude that we are not dealing with a human at all, but with a machine?This question came to the fore a few days ago, during an interview which Theresa May did on Radio Derby. When asked whether she knew what a mugwump was – trust Boris to have put her on the spot again – her response was “What I recognise is that what we need in this country is strong and stable leadership”. Now had any competent AI researcher been holding this conversation with an unknown entity, that entity would have been immediately identified as a computer; the researcher would have to record a ‘fail’ and note that no intelligence had been detected. Even the most basic of AI programmes would have come up with a better answer than that.So is she human or a machine? And how can we ever be certain?


The media seem to have accepted Prime Minister  Mays "Strong and Stable" mantra without questioning how she decided to call a General Election wit a working majority?

We face weeks of the Media eulogising  a Party Leader who cannot face criticism  or answer pertinent questions .

True that is true of most Politician's but Mrs May is worse than most her scowls of how dare you ask me that at PMQ is probably the worse I've ever seen.