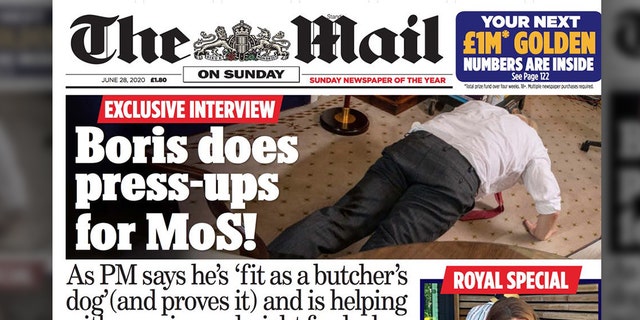 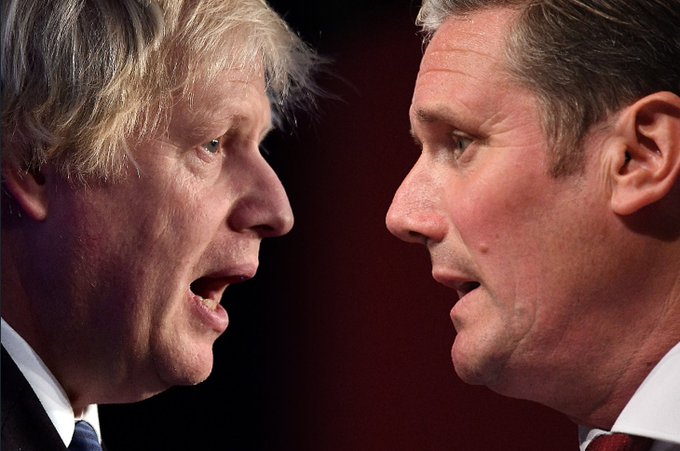 Nicola Sturgeon
@NicolaSturgeon
Oh for goodness sake...
The stunt of one push up by Johnson seems to have deflected from his claims that
Throughout this crisis Ms Sturgeon has displayed real leadership and it the leaders of the Tories and Labour in England, could well learn from he example , rather than macho display of proneness (however small) and the equivalent of comparing each others willies.
Posted by glynbeddau at 06:21 No comments:

Plaid MP accepts caution after arrest under suspicion of assault.

The fact that I find Plaid's Jonathan Edwards to one of the better Welsh MPs and that I tend to support Plaid Cymru anyway, should not of course deter me from reporting and commenting on that he as been  cautioned after arrest on suspicion of assault.
The BBC report that

MP has accepted a police caution after an incident where officers were called to his home last month.

Jonathan Edwards, 44, was arrested on 20 May on suspicion of assault.

In a statement, the Carmarthen East and Dinefwr MP, since suspended by Plaid Cymru, said he was "deeply sorry" and it was "the biggest regret" of his life.

His wife, Emma, has also released a statement, saying she has "accepted her husband's apology".

Mr Edwards has referred himself to Plaid Cymru's internal disciplinary committee and been suspended from the party.

When he was arrested in May, the party suspended the whip from Mr Edwards which meant he was effectively sitting as an independent MP.

Accepting a caution is an admission of guilt and details will be retained in police records.

Alun Ffred Jones, the chairman of Plaid Cymru, said: "We are aware of the personal statement made by Mr Edwards, who recognises his actions fall below what is expected.

"Mr Edwards issued the statement with the support of his family and we ask that their privacy is respected."

A personal statement released on behalf of Jonathan Edwards said: "I am deeply sorry. It is by far the biggest regret of my life. I complied fully with the police and acted with the best interests of my wife and children as my primary motive throughout."

He added: "My priority now is to work with my wife to ensure as stable a future as possible for our family."

A statement on behalf of Emma Edwards said: "I have accepted my husband's apology.

"Throughout the decade we have been together he has been a loving and caring husband and father.

"As far as I am concerned the matter is now closed."

Mr Edwards, an Aberystwyth University graduate, has held the Carmarthen East and Dinefwr seat since 2010. He formerly worked as an official for Plaid Cymru and for Citizen Advice Cymru.

Whether this is the end of the matter  is uncertain , it seems to be that when an accusation off domestic Violence is made resulting in an arrest then a caution seems to be the very least result that occurs.
Ms Edwards declaration that as far as she is concerned the matter is closed.
Plaid however must still hold a disciplinary hearing and not automatically lift the suspension of Jonathan Edwards and not just go through the motions before lifting his suspension.
It does seem likely that this will be the result  , but Jonathan Edwards will have his work cut out in rebuilding trusts not only with his family but the party as a whole and the electorate .
I sincerely hope he can achieve all three  and  wish Jonathan and his family all the best for the future
We are unlikely to find out the full nature of the accusations, but domestic violence no matter how small we might consider it is inexcusable it appears that in this case a lime might be drawn under it .
Posted by glynbeddau at 06:20 No comments:

Is Stammer just looking for any excuse to remove corbynist?

The Political Betting Blog may in itself be itself being mischievous \with this comment but it does raise  a number of questions.

Rentoul is a long-standing Blairite and has never apologised for that. The tone of this evening’s column is set out in its opening:

It would be wrong to gloat. Mustn’t do it. And generally I don’t. But just for a moment, let’s celebrate the end of the paranoid, reactionary, self-righteous politics of the people who ran the Labour Party for the past five years. It was all over the moment Jeremy Corbyn announced he was standing down, but this was the week they knew it. I don’t want to rub salt into the wound, because that would sterilise it and help it heal, but the sacking of Rebecca Long-Bailey was one of those rare moments of shocking leadership. For those of us who think a broad-based egalitarian government would be a good idea, it has been a long time since a Labour leader has surprised us with such moral clarity.

In November 2015, Rentoul issued a public apology for tweeting that "Jeremy Corbyn might say that France had brought the Paris attacks on itself". The journalist acknowledged it was a "stupid and offensive" thing to say Rentoul did not deny that he used his position in the Independent to actively undermine Jeremy Corbyn's leadership of the Labour party through the persistent suggestion that Corbyn was an anti-semite- in a Twitter conversation when asked to provide any evidence of Corbyn's anti-semitism, he did not do so, but instead said "So glad you lot failed".
Mike Smithon of Political Betting  makes it clear his opinion

I just wonder whether associating Starmer with Blair, probably the most hated man in large parts of the Labour movement is doing the new leader any favours but there is no doubt that this is a major political event which could be looked back on in the same way Blair’s decision to axe Clause 4 was,

What those Labour figures who still revile Blair ignore is that in its entire history the party has only ever won five sustainable working majorities – three of them – GE1997, GE2001 and GE2005 – when the party was led by Blair. Somehow to many winning elections is not a good thing but a bad one.

The huge gap in the polling between the record breaking leadership ratings that Starmer has been enjoying and Labour’s failure to break through on voting intention shows the huge challenge the new man has – far greater than when Blair became leader in 1994.

I just wonder whether this was in fact all planned. Starmer kept Long-Bailey in his Shadow Cabinet for the purpose of a huge public sacking when she stepped over a line.

The harsh fact for Corbynistas is that their man was the reason why the party dropped to its worse General Election result since 1935. All the post election polling found Corbyn as a the main reason why former LAB voters had switched.

Indeed  although I regard Corbyn as a Unionist. The fact that Labour after years of Blue-Toryism  (and not just under Blair) the way that he was vilified in the media under a carefully constructed  campaign of both real and completely false charges of anti-semitism whilst not even examining  the same degree of it in other parties  was one of the worst examples of a biased media ( including the BBC) for years.
The sacking of  Rebecca Long-Bailey suggest that Starmer was itching for an excuse to purge his Shadow Cabinet  of Corbynists and used what may have ben an error of judgement against her .
She was sacked byStammer  on 25 June 2020, after using Twitter to share an interview with British actress Maxine Peake in which Peake said that the practice of police officers in the United States kneeling on someone's neck was "learnt from seminars with Israeli secret services". Peake and The Independent, the outlet the interview had come from, both retracted the claim, which had been linked to a report by Amnesty International. Amnesty said that they had never reported that Israeli security forces had taught the technique Long-Bailey described Peake as an "absolute diamond", before using a second tweet to say that she did not endorse "all aspects" of the interview.
Even so it was not what I believe what many reasonable people would  regard as Anti-Semetic..
Does criticism of Saudia Arabia constitute Islamophobia ?
Does Criticism of President Trump constitute  anti-Americans.
If I am truthful on some cases it does , but  we must look at criticism of the  Israeli goverment , police and defence  forces with regard Palestine in context and whilst false accusations though whether  the " seminars with Israeli secret services" is completely false is debatable.
The problem is that there will be some who believe that Israeli interests in promoting the Anti-Semitic accusation , which plays into the hands of conspiracy theorists and actually create antisemitism in some quarters where it did not exists.
Posted by glynbeddau at 06:41 No comments: