An Independent Wales could have reacted in the same ways as Norway to Sweden.

The Unionist Parties have been somewhat horrified with the fact that the Corana-19 virus has  led to greater confidence in the devolved legislatures than that of Westminster.

A growing majority of Scots now support independence, according to a new poll.It reveals that 54% would vote to leave the rest of the UK, while 46% would want to stay, in the event of another referendum.


The Panelbase survey for the Business for Scotland organisation surveyed 1070 Scottish residents over the age of 16.

Even in Wales : when asked

The  Welsh Conservatives  or rather the  Conservative Party in Wales  have been clearly alarmed by the support for how our Senedd is handling the crisis with increasing demands for us to follow the Westminster (English)  path with this ridiculous  tweet. yesterday 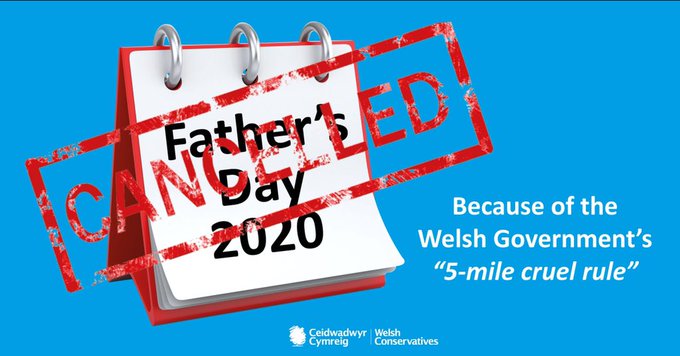 One wonders if the Tories were in charge of the Senedd whether they would look to the advice in Wales or simply follow Boris Johnson's disasterous policy in England.
You can just imagine the Secretary of State for Wales attending the Tory First Minister's  press conference  and handing a piece of paper  which replicates the previous one by Boris Johnson except for replacing references to Wales for England.
For Labour First Minister Mark Drakeford there is a harder problem . He is not seeking the support of a minority discontented  with his government and with his "England is not a Template" statement has tried under immense pressure to steer his own course.
However he realises that if people perceive that we in Wales can succeed in doing things differently , then they might well look at other areas and ask "Why must we always do what England tells us?
So Drakeford keeps insisting that Wales could not have handles the Corna-19 Virus  on its own saying

We can’t have a system where a guard has to walk up and down a carriage shouting for people to put their face masks on [when they cross the border] for example.

The location of the Nordby centre, which houses 110 shops and restaurants, is everything: it is minutes from the Norway border and was built to attract shoppers from Oslo and southern Norway with offers of cut-price meat, cheese and sweets. Norway this week reopened its borders to the rest of the Nordic region, but kept them closed to mainland Sweden because of the stubbornly high infection rate, meaning any Norwegian who shops at Nordby needs to go into quarantine for 10 days afterwards.
There is mo reason  an