Why don't you go and live in Trump's America?

The irony of this man taking part in the Far Right demonstration supposedly urinating  next to the memorial dedicated to Pc Keith Palmer, the officer who was stabbed to death in the 2017 terror attack in Westminster. has not been lost since it was such a memorial he and his friends were supposed to defend

On Sunday evening, Scotland Yard said Andrew Banks, from Stansted, Essex, had been charged with outraging public decency and remains in custody.

He did find some temporary support from one quarter 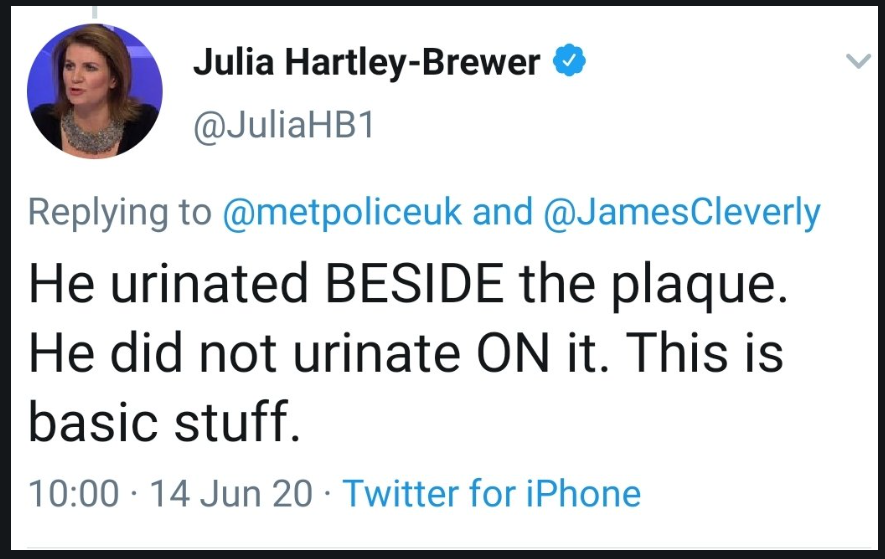 Ms Hartley-Brewer seems to have deleted her Tweet , but expect to her  return to her nirmal defence of the right wing thugs by reversing the Donald Trump statement by claiming that "There are bad people on both sides.


It doesn't hide the fact that she appears to desperately defending the actions of the man above . 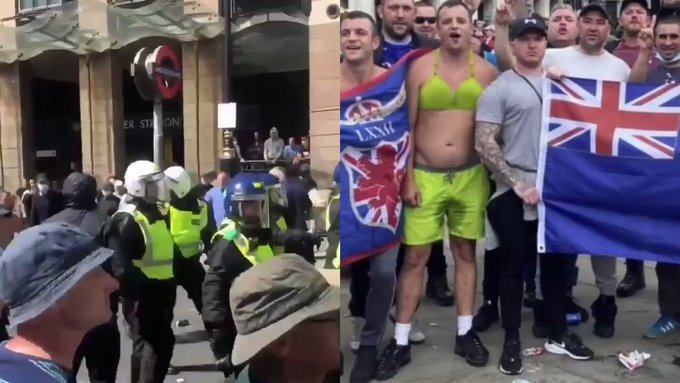 Though there were even ugly scenes

They may be calling for no more mosques, but they are at least wearing masks, albeit, almost certainly for the wrong reason. Still, they do look a bit like letterboxes, which is probably not the look they tried for.If they are trying to conceal their identifies from their employers, I’d say at least one, if not two, have failed!

How Indeed has it come to thsis

Indeed the Mail may even look further back to it's support for Fascism in the past.

There a certain strange irony in a newspaper calling for people to defend the statue of the "Man who defeated Hitler"  that would have aided British Fascist Oswald Mosley into power .


We perhaps  ask the White Supremacist  here "Why don't you go and live in Trump's America, even if defeated his legacy will continue , but I wouldn't wish the overweight, balding and ignorant white supremacists in our Islands on anyonw.