It's not only statues of those connected with the slave Trade we should remove. 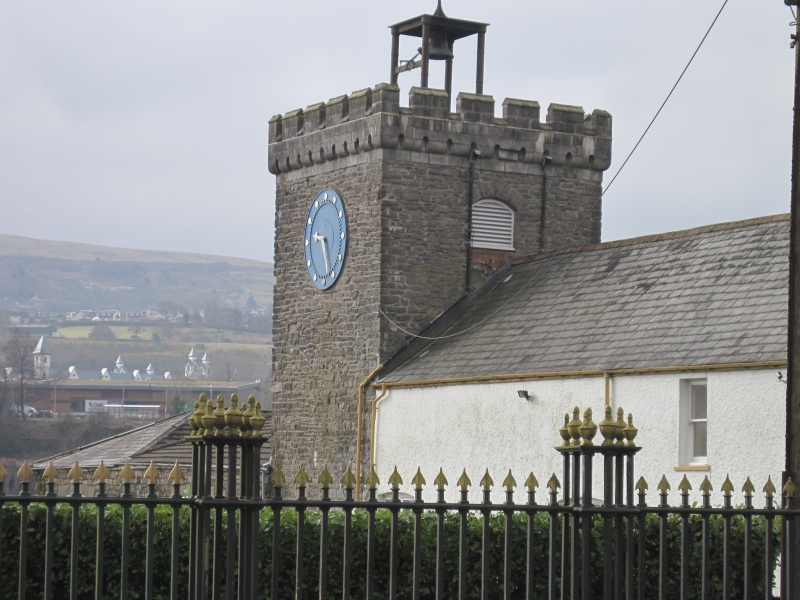 was not included because then builders did not want to give the "Iron Masters the time of Day"It's probably not true  but I like to think it was.

The news that "urgent audit" is to be carried out of statues, street and building names in Wales to address the country's connections with the slave trade leads to me to think that tis should just be the start.

The BBC state that

It follows the pulling down of the statue of slave trader Edward Colston in Bristol by protesters in June.

First Minister Mark Drakeford said the Welsh Government review was "not about rewriting the past" but "reflecting it with the justice it deserves".

There have been calls for Wales to reassess its own monuments.

Black Lives Matter protests took place around the world earlier this year, following the death of George Floyd in the United States.

The 46-year-old black man died after a white police officer was filmed kneeling on his neck during an arrest.

The Lord Mayor of Cardiff has called for a bust of one slave owner, Thomas Picton,

Nation Cymru expanded on the Story

“The Black Lives Matter movement has brought to the fore a number of important issues we need to address as a country,” Mark Drakeford said.

“One is the need for Wales to reflect on the visible reminders of the country’s past. This is especially true when we look at the horrors of the slave trade.

“Some of our historic buildings are reminders of this painful period of our history. Some may appear to make heroes of historical figures whose actions we now condemn. Individuals connected to the slave trade may be remembered in street names or the names of public buildings. They are commemorations of a past that we have not fully challenged and that we should challenge now.

“This is not about rewriting the past – it is about reflecting it with the justice it deserves. If done in the right way, we can create a richer and more informed relationship with our history. We can find new stories and figures to celebrate. We can reflect a Wales that rightfully celebrates our diverse communities. This is what our past deserves and our present so rightfully demands.”

An external group of young people and communities will be consulted about the findings, he said.to be removed from City Hall.

It's an excellent start and it should be the priority.
But there are plenty of people who have  streets or buildings named after them.
George Thomas  (Lord Tonypandy ) should be considerd for expunging In July 2014, British media carried reports that the South Wales Police were investigating allegatiIn March 2015, South Wales Police confirmed that they were investigating claims that he had been involved in child abuse.The probe ended in March 2017 with no action being taken.
There are a host of Coal, iron and Steel, Slate quarry owners and other Industrialist  who exploited their workforce who should not be honoured
Posted by glynbeddau at 06:45

I am happy to see these statues pulled down,but other statues may be targeted by other people eg. the statue of Frederick Douglas that was pulled down in New York the other day.Perhaps live and let live is a better policy.