Betrayal of Kurds was expected , but we should never accept it

The USA and the rest of its Western Allies were always going to abandon the Kurds once ISIS was defeated.


Obama would probably done the same though couching it in more diplomatic language.


In the wake of President Trump’s decision to withdraw 100 to 150 U.S. troops from northeast Syria, a growing chorus of Republicans may wel be voicing their displeasure with the move, which essentially gives Turkey a green light to launch an offensive against U.S.-allied Kurdish forces in the region.
As Axios points out, among the most notable conservative voices decrying Trump’s decision are Senators Mitt Romney (UT), Marco Rubio (FL), House Minority Leader Kevin McCarthy (CA), and one of Trump’s most consistent supporters, Lindsey Graham (SC).


Speaking to Fox & Friends this Monday morning, Graham slammed Trump’s “impulsive decision,” saying it has “undone all the gains we’ve made” and “thrown the region into further chaos.”
“I hope I’m making myself clear how shortsighted and irresponsible this decision is in my view,” Graham said. “This to me is just unnerving to its core.”

In another tweet from this Monday, GOP House Conference Chair and daughter of former Vice President Dick Cheney, Liz Cheney, called Trump’s decision a “catastrophic mistake.”
“This decision ignores lesson of 9/11,” she tweeted. “Terrorists thousands of miles away can and will use their safe-havens to launch attacks against America.”

However if the West wanted to help the Kurds for their huge part in defeating  ISIS, then they could have start by recognising a Kurdish State in Syria and Iraq. 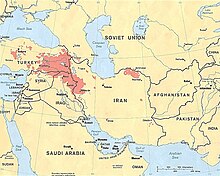 But that would have been unacceptable to Turkey who have a sizable Kurdish population  seeking autonomy.

So the west will wash their hands , whilst making  heartfelt  pleads to Turkey to not  destroy out former allies.

It would  take up pages to list how many times the West have been betrayed the Kurds despite their aid i defeating what , what the West sees as its enemies from World War 1 onwards.

Trump move has only produced crocodile tears from most US and indeed UK  politicians  all of who know that the Kurd would never be rewarded for defeating one of the most evil regimes in recent history.

The Kurds may have because of their history expected this , but not accept it and we should do likewise.

"...once ISIS was defeated." The use of the past tense is utterly inappropriate. ISIS is alive, not as well as it used to be but recovering like all infections do if not treated thoroughly. It is evolving, or mutating, and will resume its mission when it's good and ready. Big powers, USA & its allies, Russia, China all try to deal with this problem on a half heated basis. To win, if that's what they really want, they need to support the Kurds ( and others) and work long term to create a nation state out of Kurdish territory which can co-exist with its Turkish, Iraqi, Syrian neighbours. A darker analysis suggests that USA and NATO allies have played some deeply devious games in that "Fertile Crescent" and fostered growth of ISIS as a way of undermining Shia (Iranian)influence, and distracting the Syria/Russia axis. End game so far is a Syria/Iran link with Russia providing additional muscle. Western indifference to their fate could motivate the Kurds to look to Syria/Iran/Russia for support, which Syria would welcome as it would provide an effective force to supress/clean out ISIS in the region. The big powers need to wake up to the reality of several variations of Islamist radicalism re-formin and mutating globally - sub Sahara, E.Africa, west China, Caucasus, and off course metropolitan Europe. Plenty to worry about.... if they really care !