Since I was committed elsewhere , I did not take part in the Independence march in Merthyr, so i will leave it to others to report on what looked like a glorious day.


So instead I will report on two byelections . 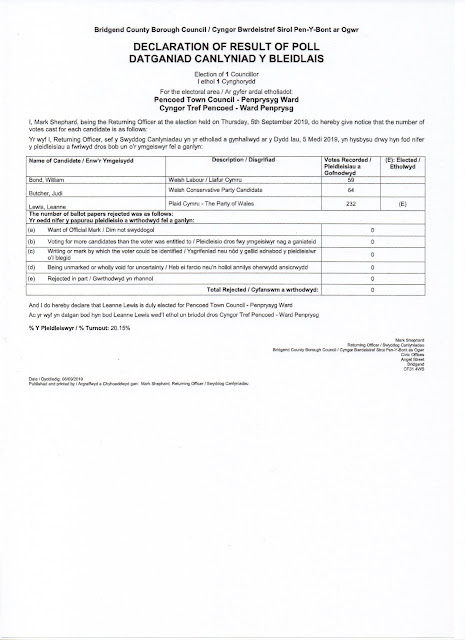 The other saw Welsh Labour retain  Deiniol Ward in a Bangor City Council by-election, on Thursday 5 September.
Kieran Ashton Jones was duly elected to Bangor City Council. But no Party  can really celebrate with such a derisory turn out
Labour polling 34 votes,
Plaid Cymru 29
Welsh Conservatives 19.
The ward population, according to the 2011 Census, was 1,839.
Even if we take into account that many of the students were on holiday Mr Ashton Jones may well have won a democratic UK election with the smallest number of voted/  A 2018 report by the Boundary Commission for Wales, sees if agreed, would merge Deiniol with neighbouring Bangor wards to form a new two-member ward. Low voter registration of the university students was blamed for the small electorates in the city.