SHOULD WE CREATE AN OFFICIAL FONT GYMRAEG?

Tory Cardiff councillor and prospective  assembly candidate (Cardiff North ) and former Big Brother contestant  Joel Williams caused a bit of a stir on twitter  with this.

However I think that the main objection to Joel Williams  is the ridiculous an unsubstantiated that it can be so dangerous having to distinguish the texts of road signs here in Wales.


SHOULD WE CREATE AN OFFICIAL FONT GYMRAEG?It is noticeable that when supermarkets do condensed to have Bilingual signs in Wales . The Welsh Language is often portrayed in a smaller and less distinct Font.Which has led me to ask the question should we have a distinct Font Gymraeg .I'm not suggesting we adopt the Gaelic Font used in Ireland. But it is distinct 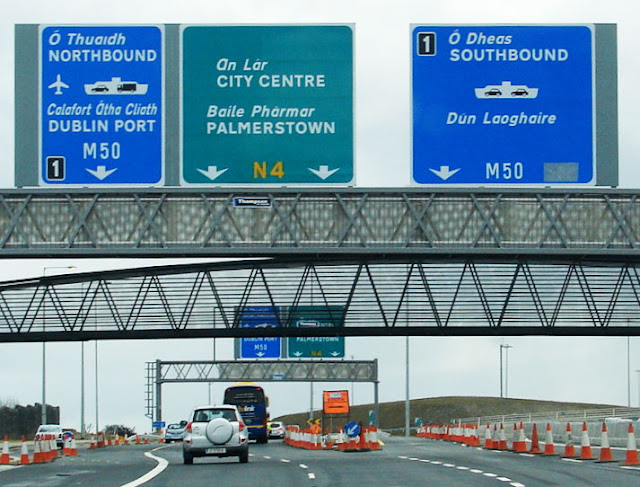 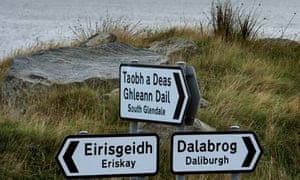 So should we copy Ireland and have a clear and different Official Font for Gymraeg all Bilingual signs in Wales.I can see an argument that it could be sen as making the Welsh Language exotic rather than a living Language.But it might well be better than the system now where Gymraeg is given second billing.. Maybe the next Assembly committee responsible for Culture (is there one) should consider it.Maybe someone has even done so and there are examples of a Font Gymraeg.?Maybe even sponsor a Competition for an Official Gymraeg Font to be use on all new signs as and on existing signs as they ' are replaced.
It might even make it easier for the Odious Toby Young to get around Wales.

I don't think I should withdraw the question , just because some bloody Tory links the argument to a ridiculous claim over Road Safety.

For a Tory to ask a question about changing Road Signs considering he would probably object to the cost.

I doubt  the suggestion i made  that a program based on replacing signs over a period as they are renewed would work and he would be complaining that motorists would be confused by different signs in a stretch of road.

I wonder what the feeling over the  Gaelic font , does it enhance  or diminish the status of Irish ?

As i said i asked the question and I am not sure what MY answer is, I don't regret asking it.

Unlike Joel Williams who maybe does.