On Thursday I mentioned  that 50 years ago I stood in Pontypridd, he carrying a Ddraig Goch and myself a placard  with the words "Charlie Winsor" shall not pass on it making a protest against the Investiture.

It was wit5h the same friend who I started campaigning for Plaid Cymru by delivering leaflets in elections in the area of Maesycoed where he lived, at fifteen we were probably to young to actually knock in doors.

I think that this was the only ward in what was the Pontypridd Rural District Council that Plaid had a candidate , and in those days if Labour were ever challenged it was usually by an independent  or a perennial Liberal (Mart Murphy) in the Trallwyn Ward which they still hold.

So the news that Plaid's Eleri Griffithsu has won the council ward by-election in Rhondda Cynon Taf for the Rhondda ward.Eleri Griffiths of Plaid Cymru was elected last night represent areas such as Graigwen, Hopkinstown and Maesycoed has a n element of nostalgia.

Both Plaid and Labour seem to have put at alot into the election, which Labour  had one the two seats comfortably in 2017

Plaid had a Number of AMs on the Street 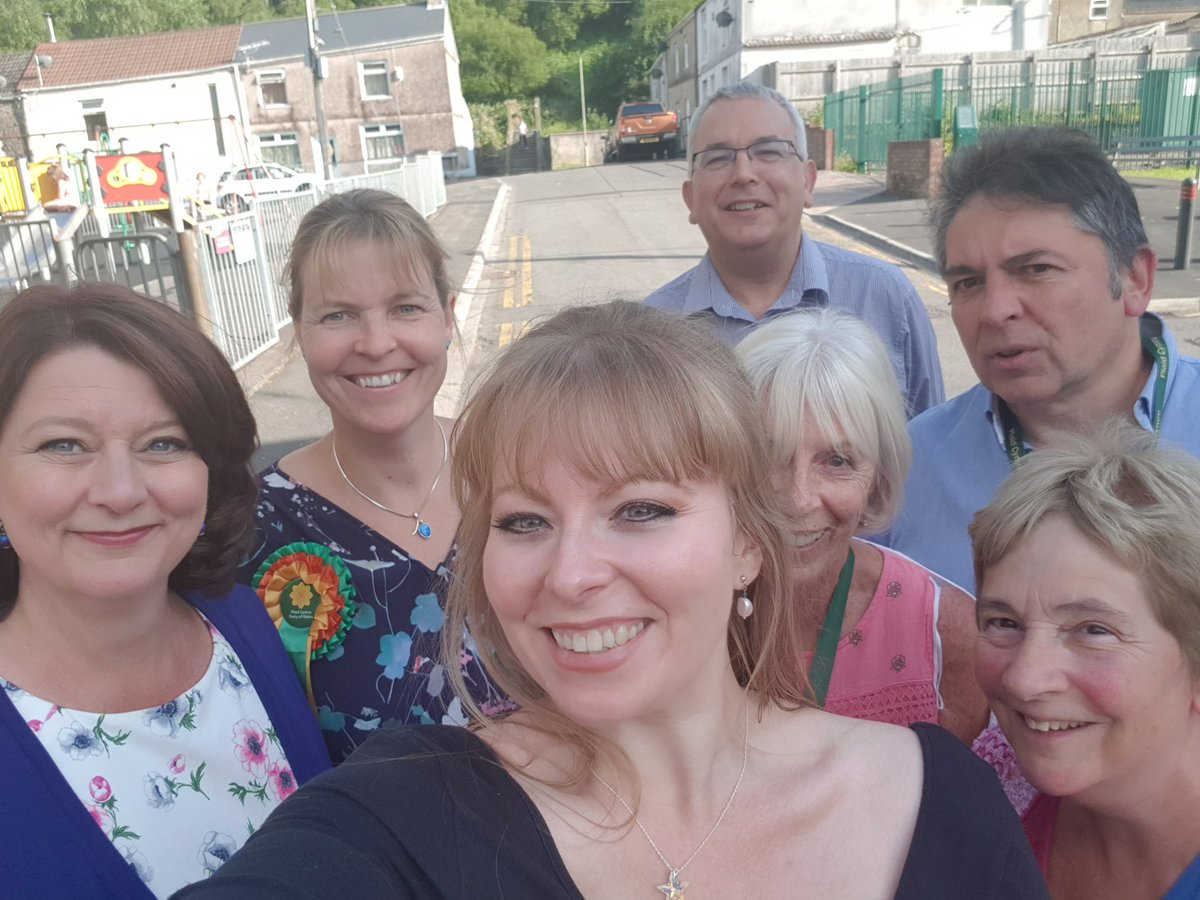 and Labour had two MPs on the street Yesterday.

After perhaps disappointing results in two by elections  in Neath Port Talbot where the seats were won by independents , .

To what extent local issues influenced  the vote  including  an unpopular reorganisation of Welsh Language Schools  will be interesting but Plaid are celebrating in Pontypridd ,
Posted by glynbeddau at 06:21