Kernow would be better off in a "Celtic Conflagration ",

The leader of Mebyon Kernow has blogged his poignant memories of the vote for a Welsh Assembly he writes.

"23 years ago today, the people of Wales voted in favour of a Welsh Assembly. MK leader Cllr Dick Cole was in Cardiff, along with a number of number of MK members. Looking back, he writes:

"I have wonderful memories of this particular night, because I was in the Welsh capital for a Channel 4 programme about the outcome of the referendum, which was broadcast from Cardiff Castle.
"For me, it was the first time that I had been invited to take part in a live television debate, but it did not work out as I had anticipated. I was there to comment on the implications of a YES vote for the rest of the United Kingdom but, as it was looking like a NO vote, they did not bother to use me. The programme then ended, ridiculously, before the last regional results were announced and the final outcome known.
"At that time, it would be accurate to say that I was less than happy to have travelled all the way to Wales and not even participated in the debate.
"But Channel 4 had booked me a room at the Park Hotel, where the YES camp was based and had planned their celebratory party.
"When I got there, the mood was dark and sombre, as the campaigners – many of whom had dedicated their lives to the goal of greater self-government for Wales – feared their dream of devolution would not be realised.
"I was present when the final result came in, along with a few others from Cornwall, complete with flags of St Piran. I will never forget the raw emotion of that night, the explosion of sheer joy when everyone realised that they had indeed won the vote, and I am grateful that I was able to be there. Thank you Channel 4 for my night in Cardiff.
"The campaign for Welsh devolution continues to be an inspiration for me. I just hope that we can replicate their success here in Cornwall and win a Cornish Assembly of Parliament."

Diolch Dick  who has longed  campaigned for Plaid Cymru since his days at the University of Lampeter.

It is al to easy for us in  the National Movement in Ireland Wales and Scotland to overlook the claims of Kernow , in our quests for our nations, but we never should forget that it is part of our "family" and we should seek to support the aims of Kernow.

The needs of Kernow for recognition autonomy or full blown independence has never been starker as they face seeing the Tories enforce boundary changes , that would see a  new constituency merged with part of Devon ignoring the long established boarder Tamar.

As we in Wales seek to establish Senedd control over the thrat of holiday home , Kernow  has faced a similar problem , and the treat to its culture and the impossibilty of young people finding affordable housing.

There has been some speculation of an Independent  Wales , Scotland and Ireland forming some kind of Celtic confederation  perhaps sharing things like costal protection both geographically and  through a joint defence force.

In such a scenario and with Wales and Scotland rejoing the EU , and leaving England to come to its senses , and drop its form of often racist John Bull Nationalism. The idea of an Independent Kernow  rather than simply an autonomous region looks far more possible. 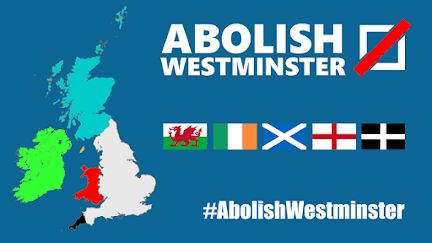 So as I said we need to count Kernow in our "YES" family, and when we in Cymru get together again for our next Independence  march lets invite Dick Cole  hopefully wit a group carrying St Piran flags along.

We deny we are not too, poor or small  and we should not deny that of Kernow as well