"Welsh" Labour prefer a Tory Britain to a socialist Wales.

My socialist friends on the Continent,” he said, “will never understand why I am in this position. They will forget I am an Irishman.” 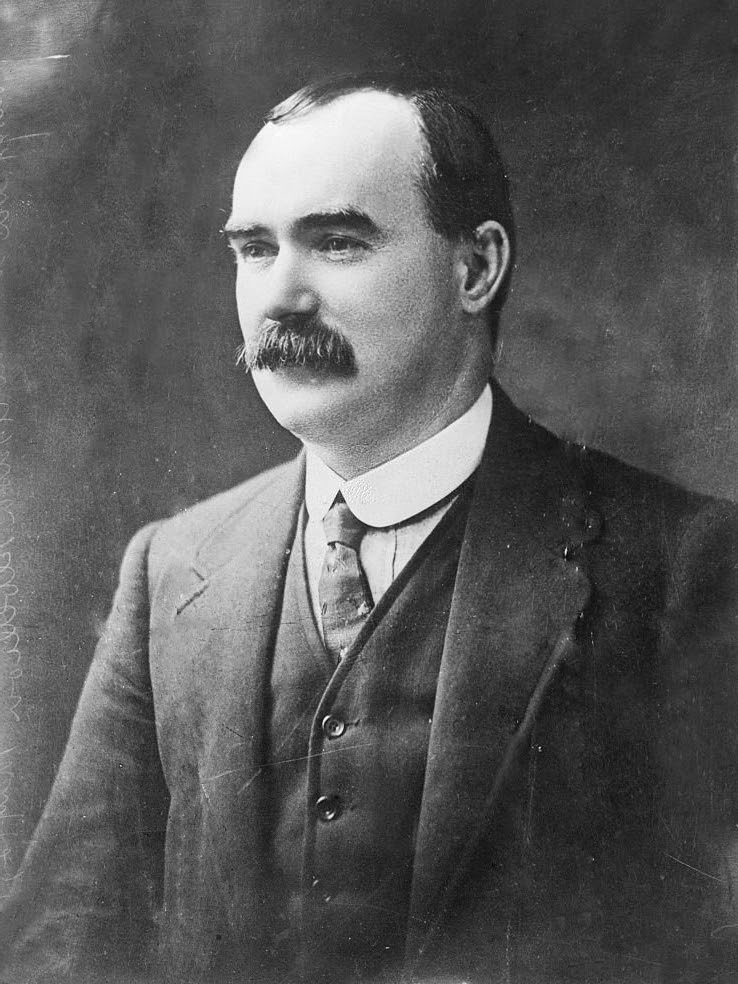 James Connolly to his Nora, during her last visit to him, which was less than two hours before he was shot by the British Satate for his part in the Eatser rising.

Can it be only a week since this blog claimed that Mark Drakeford  actually looked like a First Minister, when he rejected the premature relaxation moves of Boris Johnson  in England to side with the other UK Legislatures.
I imagine that there was somewhat panic in the Labour Party as his London  bosses became worried that Mr Drakeford  had gone native and indeed might be more akin to Nicola Sturgeon in Scotland  than his own bosses.

"It's important to have a one nation response."

Shadow Cabinet Office Minister @RachelReevesMP says despite the national and regional #coronavirus variation, we must "have the same rules and clear message for all parts of the UK."#Breakfast

The First Minister has said that Welsh nationalism is an “inherently right-wing creed” and that people must choose between it and socialism.
Speaking to Nick Robinson on Radio 4, Mark Drakeford was quizzed on whether independence for Wales would be worthwhile in order to avoid Conservative UK Governments.
“Have you never thought, over the years, the decades since, been tempted to think maybe we have a real chance of achieving the socialism we want in Wales by being nationalist?” Nick Robinson asked.
“Margaret Thatcher was in power for all that time as heavy industry was being run down if not destroyed, even now is there not a bit of you that thinks – we could have avoided dominance by an English Tory party?”
Mark Drakeford replied that he’s never been attracted by nationalism.
“In the end, I think it’s an inherently right-wing creed that operates by persuading people that they are because they are against what somebody else is,” he said. “And I think in the end that is a deeply unattractive creed.
“Rhodri [Morgan, the former First Minister] used to say that Margaret was the greatest recruiting sergeant for devolution. But if you try and work out why people in Wales rejected devolution so strongly in 1979 and were willing by a small margin to endorse it in 1997 it was the experience of those long years of Thatcherism.
“And for me, devolution is the best of both worlds. It allows us to remain part of the United Kingdom and draw on the strength of being part of that collective whole. But it puts decisions about what happens in Wales in the hands of people who live in Wales.
“I’m a fierce supporter of devolution. But I also want Wales to be part of the wider collective in which we have that big insurance policy which the United Kingdom provides in which we pool our resources and we redistribute them out to where the need is greatest.”

Mark Drakeford said that he had grown up in the 60s in the Carmarthen area during the time of Plaid Cymru leader Gwynfor Evans’ victory and had chosen very early to be a socialist instead of a nationalist.
“The start of almost every day of my school life was people bring in roadsigns that they had collected overnight, and depositing them in different rooms in the school,” he said.
“But it meant that I had to face very early on really the choice between whether you were a nationalist or you were a socialist. And by the time I was about 14 I had already decided that I was a socialist.
“That the accident of geography, the chance of birth that you’re born in one’s particular spot on the planet, is less important – much as being Welsh matters to me, and it matters to me deeply in terms of the language and the history and the culture and so on.
“But in the end, the interests of working people in Carmarthen are the same as the interests of working people in Canterbury, or other parts of the United Kingdom, and that’s a more important bond.”


Now regular readers of this  blog  wil know that i don't Identify myself as an Nationalists but as an Independista , leaving the former to the luikes of British Unionists like Mark Drakeford.


Even those in the Labour Party that wish to Remain or rejoin in  the EU would not seek to surrender all their sovereignty  to another nation.

They are in fact British Nationalists  and they refuse to admit it because they may well ‘inherently right-wing’ ,  Identifying with the British State is surley a form of Nationalism or is it something altogether different if you are a socialists?

James Connolly was a socialist and a Marxist. He was not one to be satisfied with the ideal of national independence alone. He saw the national freedom for which he fought in Easter week not as a final goal in itself, but as a step towards social freedom for the working and oppressed classes. But at the same time, he had no illusions about the socialist movement as it then existed. He realised just how blind so many socialists were to the absolute necessity of national freedom as a step towards social freedom.
He  also realised how many of his Irish Nationalist colleagues were blind to the reverse that social freedom was as necessary as national freedom.
I take no lessons from "British" Nationalist like Mark Drakeford  who would prefer a Tory dominated UK than a socialist Wales .