Johnson's announces U Turn after charges of Hypocricy.

Ye Hypocrites, are these your pranks
To murder men and gie God thanks
Desist for shame, proceed no further
God won't accept your thanks for murder.
Robert Burns
Thanksgiving For A National Victory

Of course Burns, was addressing a different issue but the feeling is the same and it's a small wonder, that he and other Tories faced with such a charge of Hypocrisy whilst standing  in front of their home earlier announced a UT turn over and announced that  Overseas health and care staff will be exempted from the fee levied on migrants to pay for the NHS 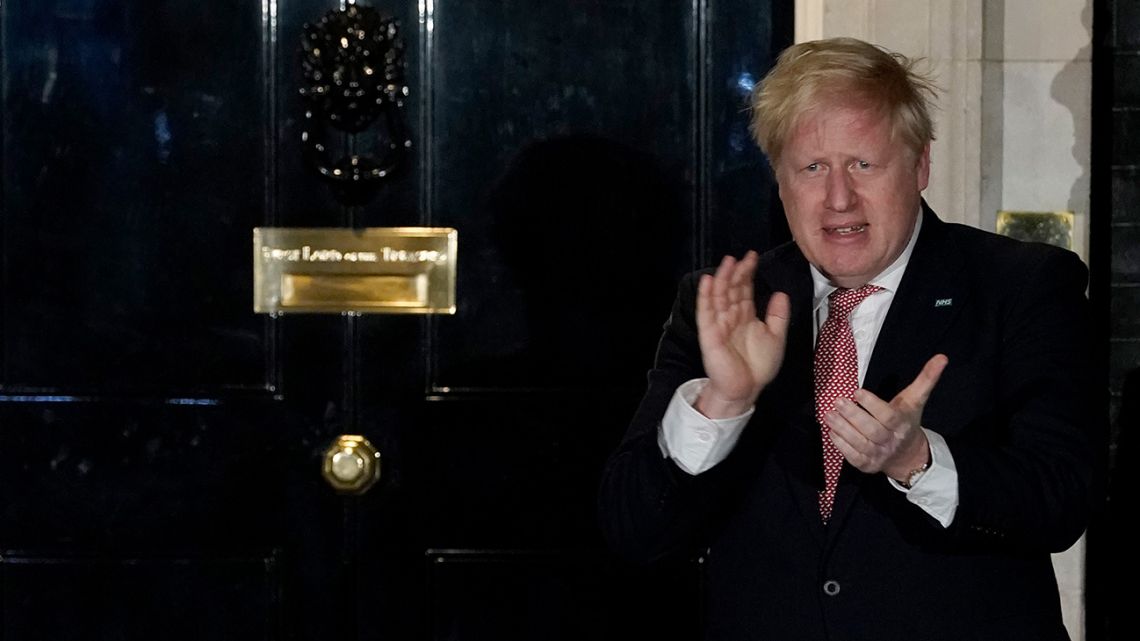 Downing Street said the Prime Minister has asked officials at the Home Office and the Department for Health and Social Care to remove health and care workers from the surcharge “as soon as possible”.
Full details will be announced in the coming days, a Number 10 spokesman said.
Mr Johnson

"has been thinking about this a great deal” and as a “personal beneficiary of carers from abroad” he understands the difficulties faced by our amazing NHS staff, the spokesman said.“The purpose of the NHS surcharge is to benefit the NHS, help to care for the sick and save lives.“NHS and care workers from abroad who are granted visas are doing this already by the fantastic contribution which they make.”

The £400 surcharge remains in place for other categories of visa applicants and will increase to £624 in October, as planned.
The change will apply to all NHS workers, ranging from medical health staff to vital porters and cleaners.
It also includes independent health workers and social care workers.

I will support the nhs fee exemption for migrant nhs and care workers. Now is the time for a generosity of spirit towards those who have done so much good. I am sure that @Conservatives colleagues will be supportive.— William Wragg MP (@William_Wragg) May 20, 2020

“would rightly be perceived as mean-spirited, doctrinaire and petty”.

“Personally, I believe that politically courageous and sensible politicians have the ability to revisit positions and to put something right if it has gone wrong.”Public Administration and Constitutional Affairs Committee chairman William Wragg called for an immediate change in policy, adding “now is the time for a generosity of spirit towards those who have done so much good”.

Come off it is a desperate attempt to avoid public outrage


“Boris Johnson is right to have U-turned and backed our proposal to remove the NHS charge for health professionals and care workers.“This is a victory for common decency and the right thing to do. We cannot clap our carers one day and then charge them to use our NHS the next.”....


.....The U-turn came hours after Downing St insisted the PM was standing by the surcharge.
It also came a day after another U-turn when the Government extended a scheme offering indefinite leave to remain to the families of all NHS staff who die as a result of contracting coronavirus.
Care workers, cleaners and porters had originally been left out of the scheme, which only applied to certain occupations including nurses, biochemists and radiographers.

Are the above going to be exempted from the surcharge as well ?

We often forget the tremendous work that auxiliary staff and they contribute to the care of patients in their own way.

The U Turn is much welcome but it is appalling the Tories not only considered surcharging NHS workers but were prepared to do so and only backed down when it became clear we would not put upith this.