The Fib-Dems misleading "Little Bar Graphs" are back.

Having two very bad General Elections after loosing  support and seats after their disastrous decision to become the Tories Bag Carriers in the Cameron-Clegg coalition the Liberal Democrats , have gone back to their misleading indeed  "Little Bar Graphs"

The Liberal Democrats will be campaigning in opposition to Britain's departure from the EU during the December 2019 election, attempting to target Conservative seats with Remain sentiments and pull Remain-supporting Conservatives away from the governing Tory Party.

The Liberal Democrats released a constituency opinion poll on Thursday for North East Somerset showing that the party lands as a slight second behind incumbent seat holder and House of Commons leader Jacob Rees-Mogg.
The poll, conducted by Survation on behalf of the party, showed the leading Conservatives on 38%, the Liberal Democrats on 32%, and Labour on 8%, leading the Lib Dems to call for an alliance to unseat the House leader and for the Labour candidate to stand down. 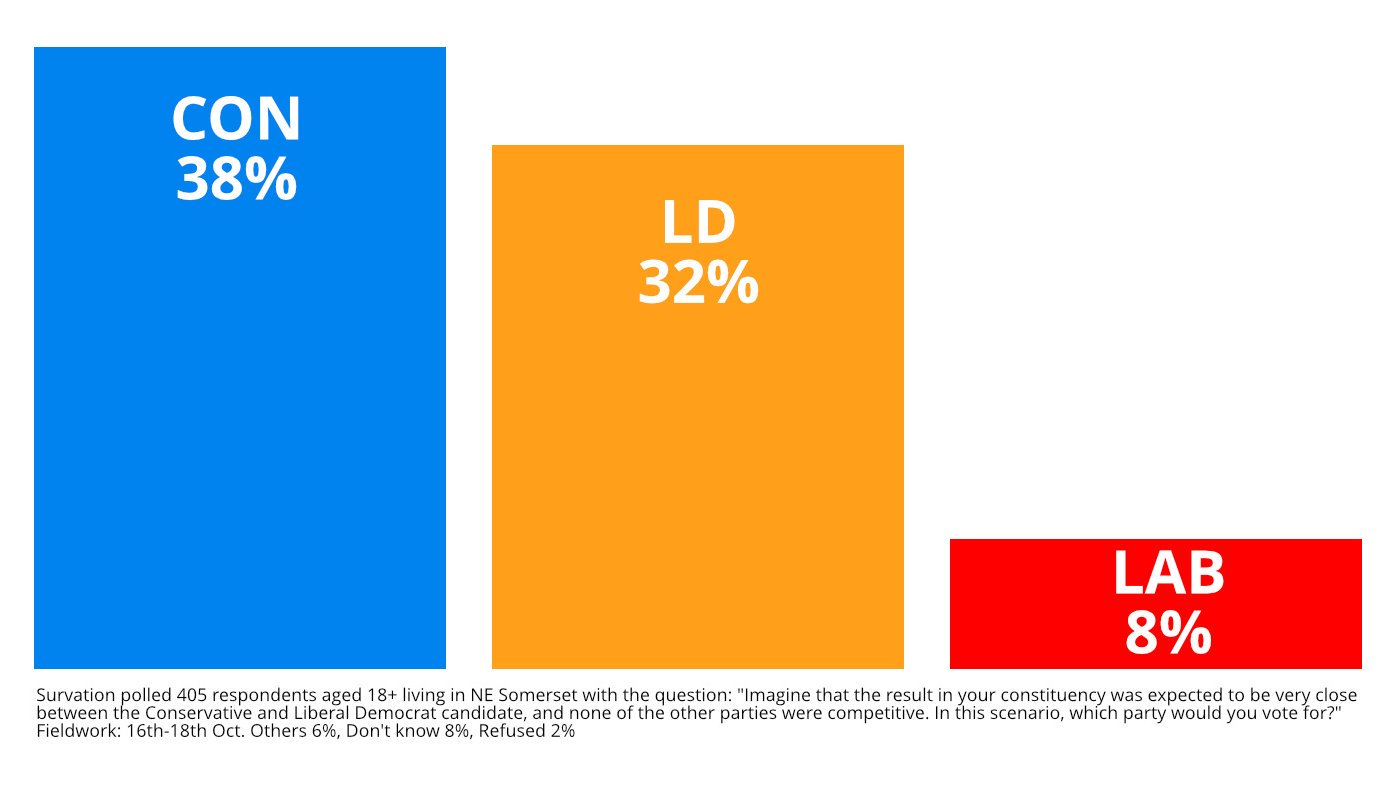 ​However, if you read the  the small print on the survey, where the question put to respondents was "Imagine that the result in your constituency was expected to be very close between the Conservative and Liberal Democrat candidate, and none of the other parties were competitive. In this scenario, which party would you vote for?" Then its not a poll putting thr Liberal Democrat s second

Lets face it if the option was the Monster Raving Loony Party, you would probably get the same result. It ia a

Anyone but Rees-Mogg poll

As AAV points out

The Lib-Dems are absolutely notorious for producing absurdly misleading bar charts aimed at duping the gullible into voting for them, but this year the Lib-Dems in North East Somerset have absolutely outdone themselves by producing one of the most shockingly deceptive political bar charts ever.
The North East Somerset constituency is a Tory safe seat for Jacob Rees-Mogg on 54%, with Labour trailing almost 20 points behind on 35%, and the Lib-Dems in a distant 3rd on just 8%. 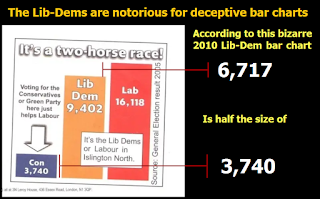 So in order to produce a favourable bar chart for themselves the Lib-Dems conducted an absurd push poll asking "Imagine the result in your constituency was expected to be very close between the Conservative and Liberal Democrat candidate, and none of the other parties were competitive..."

At the last election the LIb Dems were a distinct forth

* Served in the 2005–2010 Parliament as MP for Wansdyke
The defeat of Rees-Mogg would be a "Portillo Moment" in the next election, and who knows it may be the Lib-Dems who do it bit at least do it honestly..
s
Posted by glynbeddau at 06:51

and Plaid wants a pact with them...