Attack of the Tory Clones.

The Tories seem to be putting serious money into May's council election im my area.

I had this delivered by Royal Mail recently From Sam Trask 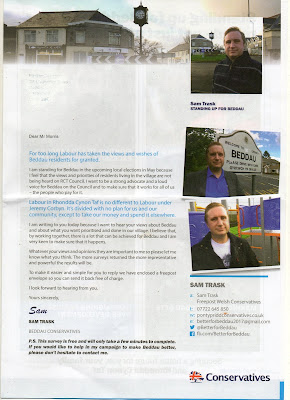 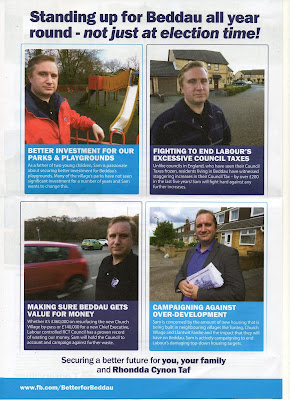 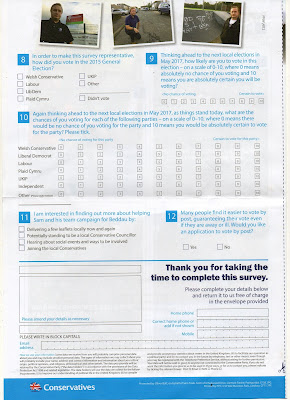 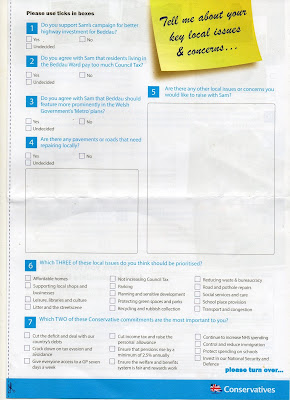 So a leaflet from a candidate who has campaigned  for his ward and has plans of his own.

Not quite; because the Tory Candidate for the Llantrisant ward has produced virtually the same pamphlet with only a few word changes and different what looks like photo shopped pictures' 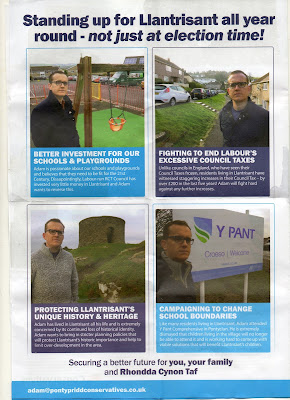 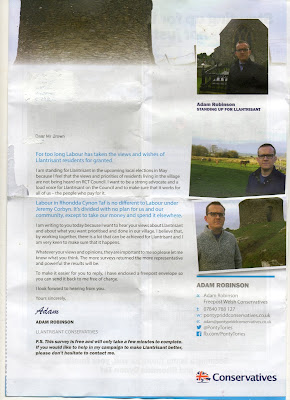 Thw Questionnaire is more or less the same apart for the second which his campaign to allow Llantrisant  pupils to attend y Pant School rather the one in er Beddau.

The questionnaire  can be returned free of charge via the post and seems largely a recruitment drive.

I am not up to electoral expenses law but I wonder if the cost of Mail shots pushes the Toties in each ward over the limit. Or can they claim that its a questionnaire and not an electoral leaflet.

This may shock you but I could envisage voting for a Tory councilor if he or she was an independent minded individual , who worked hard for the people for Beddau. It is sad that good councillors from all parties lose thier seats because of National Politics as the Lib Dems found last time.

Don't worry its an unlikely scenario  and I
am particularly unlikely to vote for someone who , seems to be basing his or her views on a script fro Conservative HQ central casting.