There is a strong indication that the "Welsh" Tories intend to employ a "Boris  was right strategy as Andrew RT Davies hbecome the new Shadow Health Minister as the Welsh Conservatives reshuffle teir opposition cabinet before next year’s Senedd elections.

The former Welsh Conservative leader has been a vocal opponent of the Welsh Government’s stricter coronavirus lockdown measures, calling their measures “inconsistent and incoherent” and “a mess”.

He replaces Angela Burns who announced yesterday that she would not contest her seat of Carmarthen West and Pembrokeshire at the next Senedd election. She becomes Shadow Minister for Government Resilience and Efficiency.

Despite the evidence clearly  showing the number  coranavirus  and  deaths  in England higher than in the other nations in the UK even taking into account  the much bigger population it is odd not that the now Tory Shadow Health Minister in the Senedd constantly criticises the Welsh Government  response to the virus that's his job.

However he appears to only arue that we should simply do what the English Governmet are doing. 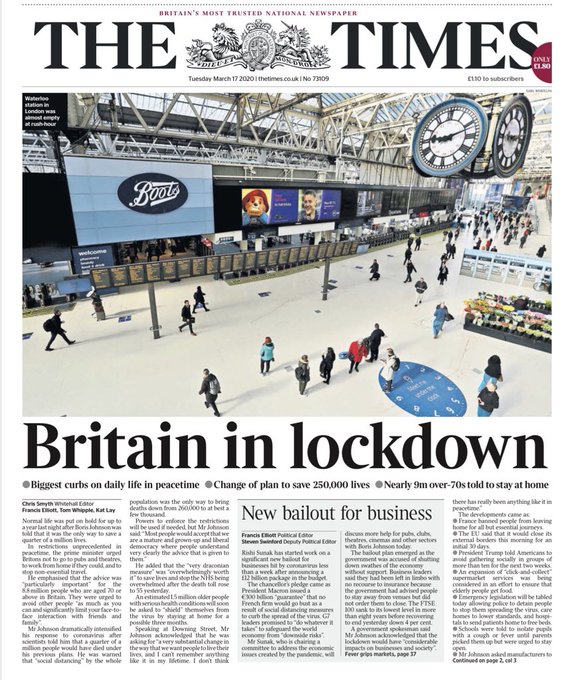 David Lammy
@DavidLammy
· Jul 16
Matt Hancock is trying to claim Lockdown started on March 16th even though it was not imposed until March 23rd. The Tories want to rewrite history because they were too slow to act - with disastrous consequences.

Expect such claims and emphasis on easing Lockdown  to  encourage a economic revival even if the signs of a second wave are clear.

Sadly there are many who will believe it  and with a UK Media  fully intent on Backing Boris whilst manipulating the evidence  and you can bet Andrew RT Davies  will be tweeting daily that Wales should have folowed suit.

Shadow Health Minister - just the guy to sit on the touchline shouting abuse at the "players on the pitch". Loud, sometimes witty,so more volume than substance. And obsessively willing to repeat any cobblers coming out of London without any critical review of its relevance.

Steady Eddie Drakeford's approach may not suit everybody but he is guided by a concern for the welfare of our communities. ARTD, if he repeats Boris' junk, will show that he is guided by nothing other than narrow self interest.