News that ocal health bosses have recommended that a full-time A&E department should be kept at the Royal Glamorgan Hospital,  is much welcomed
Cwm Taf Morgannwg health board had been working on plans to either close the department completely and replace it with a minor injuries unit, or only open A&E during the day.
Bosses say they have recruited enough staff now to keep the department open.
The full health board will discuss a paper outlining the plan next Monday.
The news seems to have been leaked and Labour Politician took advantage to take the credit

Chris Bryant
@RhonddaBryant
·
16h
I’m hearing we’ve won the battle over the A and E at the Royal Glamorgan. Thank you everyone who fought for this!!
39
59
235
Pinned Tweet

MickAntoniw MS
@MickAntoniw1
The story it appears has broken, so here it is 24 hour A and E to be retained . WE’VE WON!
Quote Tweet

Alex Davies-Jones MP/AS
@AlexDaviesJones
·
15h
Great news about the future of our A&E services at #RoyalGlamorgan Hospital. South Wales Programme Project Group have recommended that a full-time, consultant-led A&E should be retained at the Hospital. I look forward to hearing the final decision from the Health Board soon.

"WE WON ?" Just who is running the NHS in Wales.

Chris Bryant Tweet was from behind a mask , I don't know whether this was for our protection or to hide his hypocrisy .
The response was understandingly negative

17h
Replying to
@RhonddaBryant
Labour runs the NHS in Wales, so Labour has won battle against Labour?
4
7
44

#YesCymru
@cochygoch
·
16h
Replying to
@RhonddaBryant
Labour wins against Labour??? What ARE you talking about!!!!! God you lot are a mess !
2
19

Heledd Fychan
@Heledd_Plaid
·
16h
News coming out that a 24 hour consultant led A&E will be retained at the Royal Glamorgan Hospital. One final hurdle - needs to be agreed by the Health Board next week. This is such a relief for our community and very welcome news. People power won the fight!
5
48
148

Heledd Fychan
@Heledd_Plaid
·
16h
Huge thanks to the SRGAE campaign group and everyone that signed a petition, displayed a poster or ribbon, wrote to Welsh Government, the Health Board and local politicians.
and of course Plaid Rhondda AM Leanne Wood

Well done to everyone who campaigned against the Labour Welsh government & their health board’s plans to remove our A&E at the Royal Glamorgan. Not all problems are resolved so it makes sense for the campaigners to keep in touch. 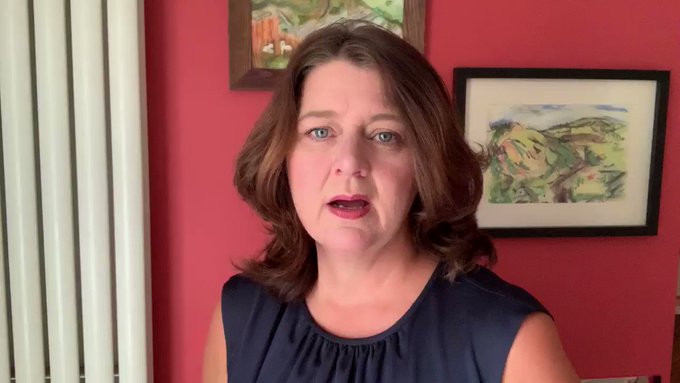 Notice both (who were heavily involved) in the campaign do not claim victory for themselves but all who campaigned.
Even Tory AM Andrew RT Davies give credit were it was due

Andrew RT Davies ✔@AndrewRTDavies
Replying to @AndrewRTDavies
Big credit to local campaigners who put forward their case so strongly & made the health board & Welsh Government sit up and listen. Pleased common sense has prevailed & we now need to see a strong long-term plan from health bosses to ensure we're never in this situation again.
2
2:34 PM - Jun 22, 2020
Twitter Ads info and privacy


The Hypocrisy of Labour politicians in claiming credit for opposing a plan which their own goverment was failing to call in and end our concerns is stark.

I am looking forward to see their candidates in next year elections posing with pictures of themselves fighting to retain services at RGH.
Let's treat it with the scorn it deserves
Posted by glynbeddau at 06:23

Nothing new there, was there ? Labour has played this game for the entire 20 years it has led Y Cynulliad. Always a dissenting voice around so that party could claim victory when the inevitable U turn happened. Snake with many heads - all need cutting off.