Sweet,medium or dry wine but only one brand.

As a "mature" student i n the late 1980's I probably spent too much  time in the Student's Union Bar. It did however give me an insight in Human Behaviour.

At the end of the evening you would see a number  approach the bar either to but a bottle of wine or flagon of cider. In each case they were offered the choice of one brand  sweet,medium or dry.

The barman would comment  that he didn't see why they stocked  sweet or dry as nearly everyone chose medium.

The reason of course is that the younger students had no real experience  of wine and so choose medium .

Indeed the taste was in fact relatively unimportant  as it was the alcohol content  that really mattered.

In the same way Centre politics  seems to attract voters . They are not sure whether they really like it but it seems safe.

The problem of course is that defining the "centre" is not that simple because politics  is not linear.

The last attempt to form a Centre Party attracted a lot of support at the start , but it also was led by Roy Jenkins who is probably the most progressive Home secretary Westminster ha sever sen.


Jenkins is often seen as responsible for the most wide-ranging social reforms of the late 1960s, with popular historian Andrew Marr claiming 'the greatest changes of the Labour years' were thanks to Jenkins.[9] He refused to authorise the birching of prisoners and was responsible for the relaxation of the laws relating to divorce and the abolition of theatre censorship and gave government support to David Steel's Private Member's Bill for the legalisation of abortion and Leo Abse's bill for the decriminalisation of homosexuality. Wilson, with his puritan background, was not especially sympathetic to these developments, however. Jenkins replied to public criticism by asserting that the so-called permissive society was in reality the civilised society. For some conservatives, such as Peter Hitchens, Jenkins' reforms remain objectionable. In his book The Abolition of Britain, Hitchens accuses him of being a "cultural revolutionary" who takes a large part of the responsibility for the decline of "traditional values" in Britain.

But that aspect of Jenkins politics was never really raised. What was important at he time  to the media was that he was opposed to the seemingly left wing move of Labour and the right wing ecconomics of Magaret Thatcher.

Jenkins may well have Shirley Williams on his progressive side but how many of the then SDP agreed with him.

Now rather than Deja Vu, we have a move to form a so called centre party that may not include the progressive aspect of Jenkins and Williams and will seek to appease the right wing media.

In reality politics is not linear , the Late Gwyn Alf Wiliams once referred to the original National Left of Plaid cCnru as being "Libertarian Marxist", which a friend  dismissed as being a Oxymoron.

It isn't pf course just different and if you were to take the Political Compass test you will find that maybe your idea where you are on the political spectrum is mistaken. 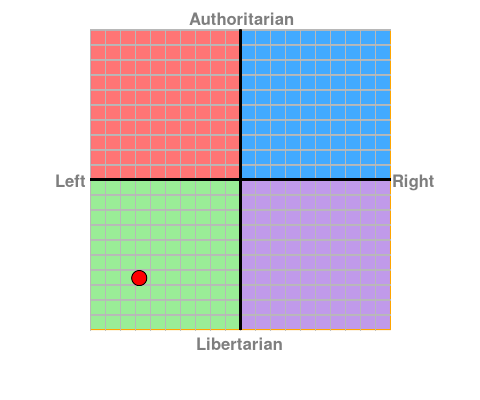 The creators of  chart claim r that, despite popular perceptions, the opposite of fascism is not communism but anarchism (ie liberal socialism), and that the opposite of communism ( ie an entirely state-planned economy) is neo-liberalism (ie extreme deregulated economy)

Therefore it is not a choice of one brand of sweet, medium or dry Wine , but that it is necessary to taste other brands to find what suits you.

What we don't need is the media deciding what is the choice we should make.

That is why devolution of power in the UK and the eventual end of is the real shake up in British Politics is what we need.
Posted by glynbeddau at 06:50