Jeremy Corbyn and the whole of the Labour Party, must at times regret that the only example we can see of Labour as a government is in Wales .


So every time he criticises the SNP government in Scotland and that Labour would run the Scottish Parliament  better than the SNP  Jeremy and Labour in general come a cropper.


The response  was hardly unexpected. 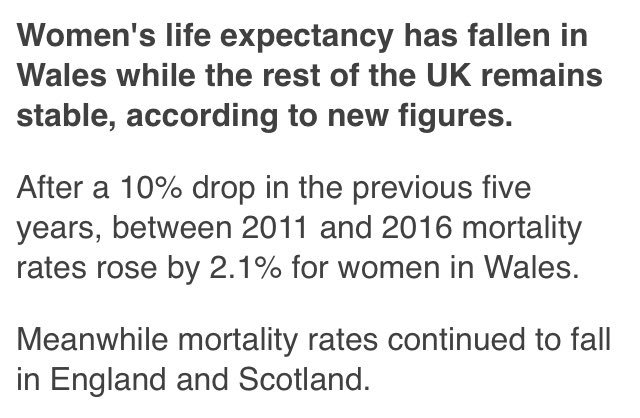 Indeed it's like unfavourably  reviewing   the food in a restaurant  run by a rival. whilst the one you run has been condemned by food inspectors.

The redoubtable Wings Over Scotland has  of course ceased on this.


Alert readers will recall that earlier today we conducted one of our regular context checks for statistics misleadingly-incompletely reported in the Scottish press. But while those are like shooting fish in a barrel, there’s one thing that’s an even more reliable open goal for the website editor looking for content in a slow news week.Ladies and gentlemen, once again we give you… Scottish Labour. 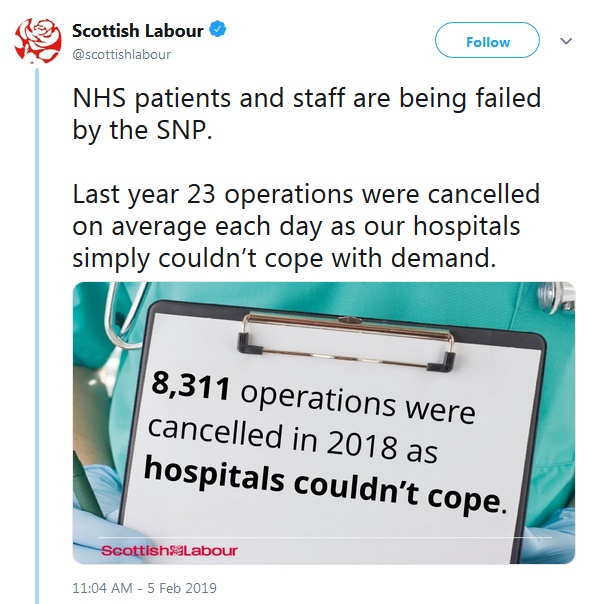 There’s absolutely nothing that happens in Scotland that Scottish Labour are happy with. Day in and day out they can be found putting the bleakest possible spin on any statistic for a dwindling audience of diehard supporters and Scottish journalists.Something bad happened? SCOTLAND IS TERRIBLE AND IT’S ALL THE SNP’S FAULT. Something good happened? IT WASN’T GOOD ENOUGH AND IT’S ALL THE SNP’S FAULT. And the solution is always the same: let Labour run things. 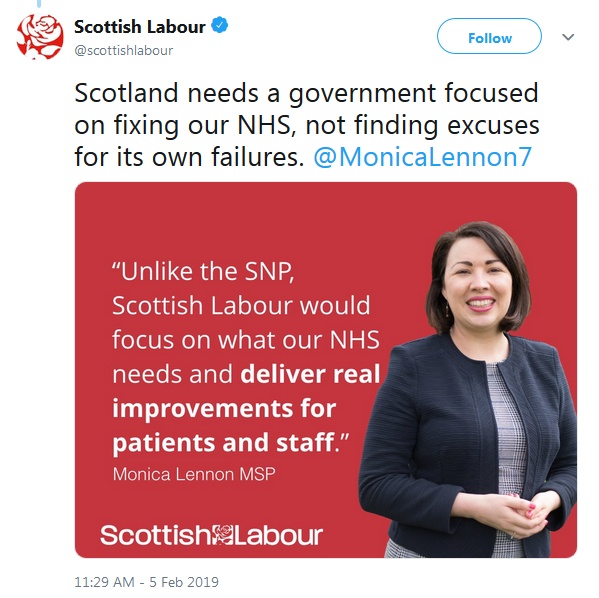 There’s only one problem with that theory: it’s been tried. 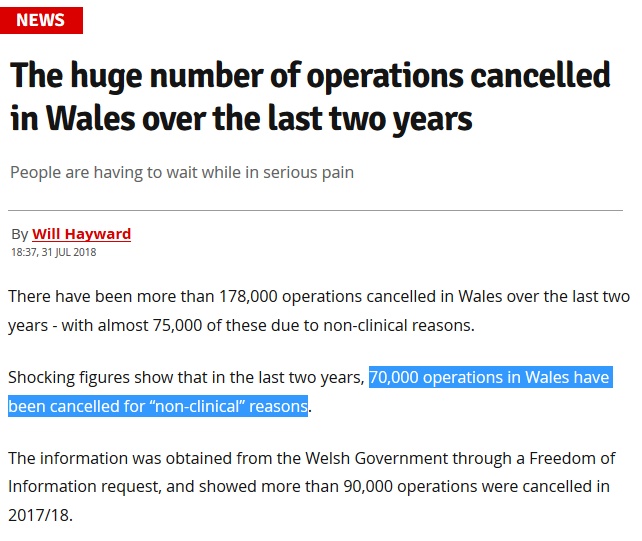 Labour have run the Welsh Government ever since devolution 20 years ago – despite being proportionally elected, the current administration has 12 Labour ministers and deputies out of 14 – and without exception the Assembly in Cardiff has delivered worse(often spectacularly worse) results than its SNP-run counterpart since 2007.The equivalent Welsh measure for operations cancelled for non-clinical reasons (what Scottish Labour describe as because “hospitals couldn’t cope”) is 75,000 in two years. That’s 37,500 a year, compared to the Scottish figure of 8,311.And if we adjust those numbers pro-rata to account for Wales being a significantly smaller country than Scotland (with just 58% of the population), we get these figures:NON-CLINICAL OPERATION CANCELLATIONS (per year)Scotland: 8,311Wales: 64,113The Welsh figures under Labour are a breathtaking 771% worse than Scotland’s. We’re going to say that again in case you think it’s a typo:Seven hundred and seventy-one percent.There’s a reason the Scottish public don’t trust Labour to run their public services, even when they’re imperfect. And everyone except Scottish Labour knows what it is.


The SNP Government  in Scotland is not perfect and have made mistakes , but if you were a victim of Westminster Austerity  which was started by Gordon Brown's Labour Government and continued by the Tory/Lib-Dem coalition , then I suspect many in Wales and  England,  would like to be living under Ms Sturgeon's rule than anywhere else in these Island.

Certainly anyone in Wales should be thinking that we could be doing better than being run by Labour's Third-Rate First Ministers.

If Scotland can use its powers to improve life under the SNP, we should ask ourselves  is there another Party other than Labour who would not only start to do so but would seek parity of powers with Scotland to continue it.