Twenty four UKIP MEPs were elected and the party won 27.5% of the vote - an achievement its then leader Nigel Farage described as "historic".
UKIP's success in these elections was one of the factors behind David Cameron promising a referendum on Brexit - as he feared losing more Conservative voters to UKIP.
However five years on from that election, only four of those 24 MEPs still represent the party.
So, where and why did they all go?
Of course some of Ukip have been reborn as the Brexit Party.

At the weekend YouGov released the first YouGov/Times poll of the EU election campaign. 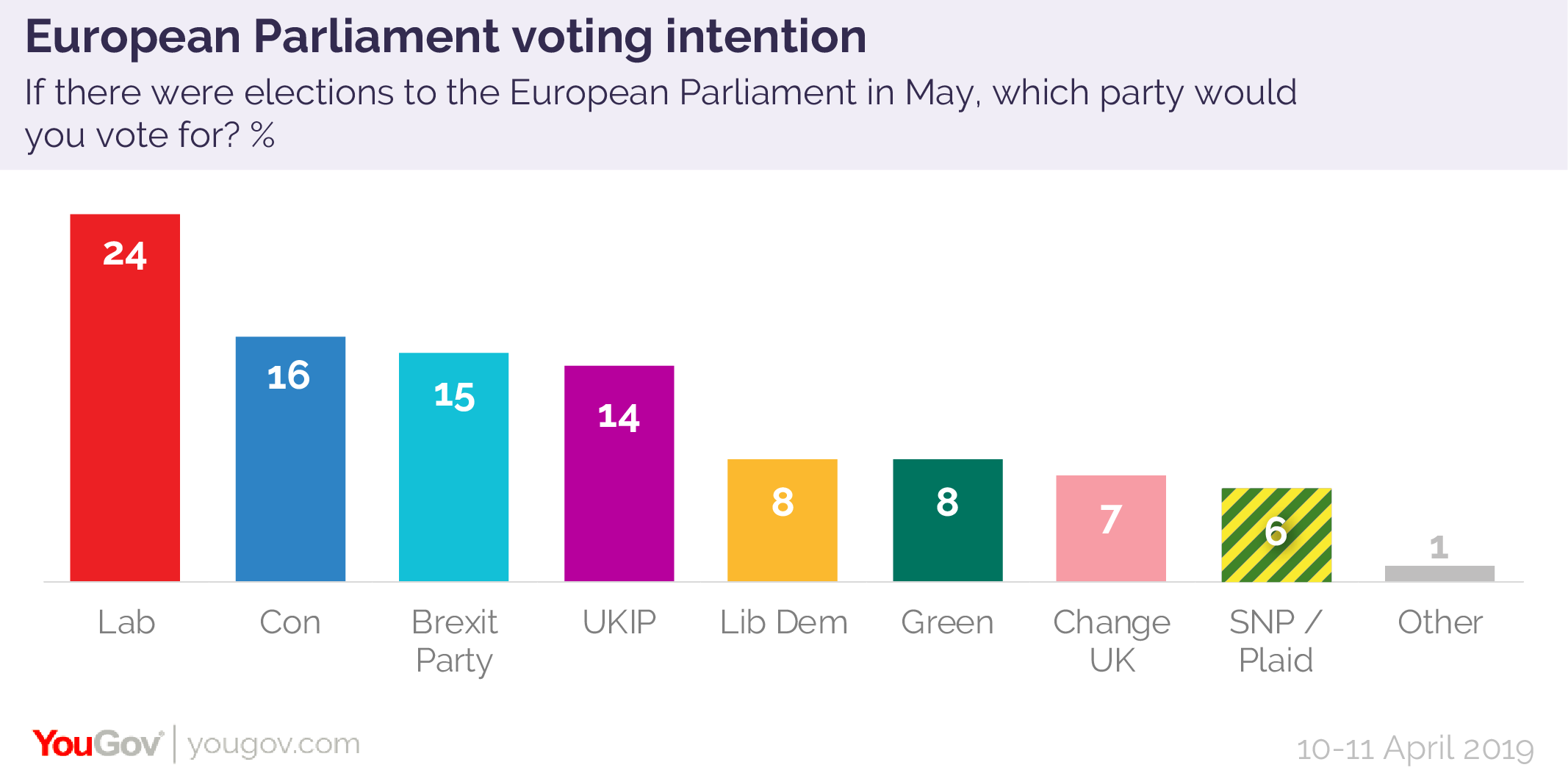 Meanwhile, the Greens and the Lib Dems are on 8% each and Change UK is on 7%.
We’ve seen a similar drop in support for the two main parties in our standard Westminster voting intention: the two party vote share has dropped down from over 80% in the 2017 election to just 60% now, with Labour on just 32% and the Tories on just 28%.

Farage’s party currently finds itself in third place on 15%, within the margin of error of the Conservatives on 16%, but currently a way behind Labour who are on 24%. However, there are many reasons to believe they will make up that ground over the coming weeks, and Farage’s gamble looks like a fairly smart bet.

For Remain supporters  the parties fully supporting a second vote  are trailing and it could be that Leave supporting parties (and to some extent this includes ) Labour , will take the top four places.

Such a result would certainly be seen by Hard Brexiteers are vote for a no deal Brexit.

Far from seeing the demise of Ukip the European elections , should see  them return even if  the majority are under the same name.

Those in the Brexit Party  will of course claim that they have replaced Ukip and do not share the drift to far right in that party,

Maybe they are hoping that it will see Lexiteers , supporting them. They have one convert. 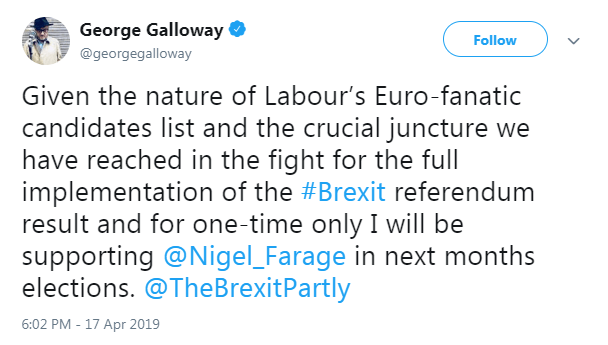 I doubt if the majority of Brexit Party candidates will prove any different to Ukip and many will have far right views. What  a victory for them will see  is confirmation  that the UK has moved to the far right in some quarters  and those who, oppose it, really have o get out and vote next month,

This is not true in Scotland.

Re my previous comment, a clear majority of voters in Scotand support unequivocally remain sop porting parties (SNP, Greens, LD and Change). Also, most labour supporters in Scotland are remainers, despite their English leadership's chaotic and stupid pro Brexit stance. Pro remain in Scotland stands somewhere between 60 and 70%.

These projected voting figures come from the Scottish sub sample of the poll to which you refer. The far right will get votes in Scotland (we all have our fascists and morons) but it will be a minority.
If the election takes place, this will of course be ignored by the English colonial overlords, and not publicised by the MSM, especially the English Broadcasting Company.
Some of here in Scotland are very, very angry.