It's not Leanne Wood who should apologise for calling out Euro Far Right.

Believe it or not there were some of us even as we were watching the UK results in last weeks European  elections  and hoping for Plaid do do well,   who were watching for what was happening in other European States.
Concerns that a promised populist surge  of far right parties  were somewhat eased but after months of boasts, bluster and apocalyptic rhetoric about the end of the old Europe, the far right made striking gains in some countries but losses in others.
There were expected strong showings for leading figures of the European far right, such as Hungary’s anti-immigration prime minister, Viktor Orbán, whose Fidesz party took more than half the vote, and Italy’s interior minister, Matteo Salvini, whose Lega was the biggest party. Marine Le Pen’s National Rally also narrowly topped the polls in France.
Salvini said the vote showed “Europe is changing”. Orbán spoke of “a new era in European politics”.

So I cant see why former Plaid Cymru leader Leanne Wood has been criticised for an image she shared on her Facebook account.
The Wasting Mule tells us

Ms Wood shared an image of a figure, dressed in an EU flag, wrestling with a swastika.

It was titled "Canlyniadau heno/results tonight".
While some said the post included a "great picture" which summed up the current political situation, others criticised Ms Wood - a remainer - for using the image in a Facebook post made in the wake of the European election results.
She has responded to those criticising her use of the image by saying it is not about Brexit but a "comment on the rise of the far right and the need for people across Europe to be united if they are to be defeated

David Williams was one of those who responded to her post. "You are saying all who voted leave are far right? You have insulted 53% of Welsh voters and wonder how many votes Plaid would have lost if you posted before vote -probably why you didn't!"

NIGEL Farage has reportedly walked out of talks to form a “supergroup” of Eurosceptics in the European Parliament.
He allegedly said he would sign up his Brexit Party’s 29 MEPs — the joint largest single party in Brussels after last week’s elections — only if he became leader. 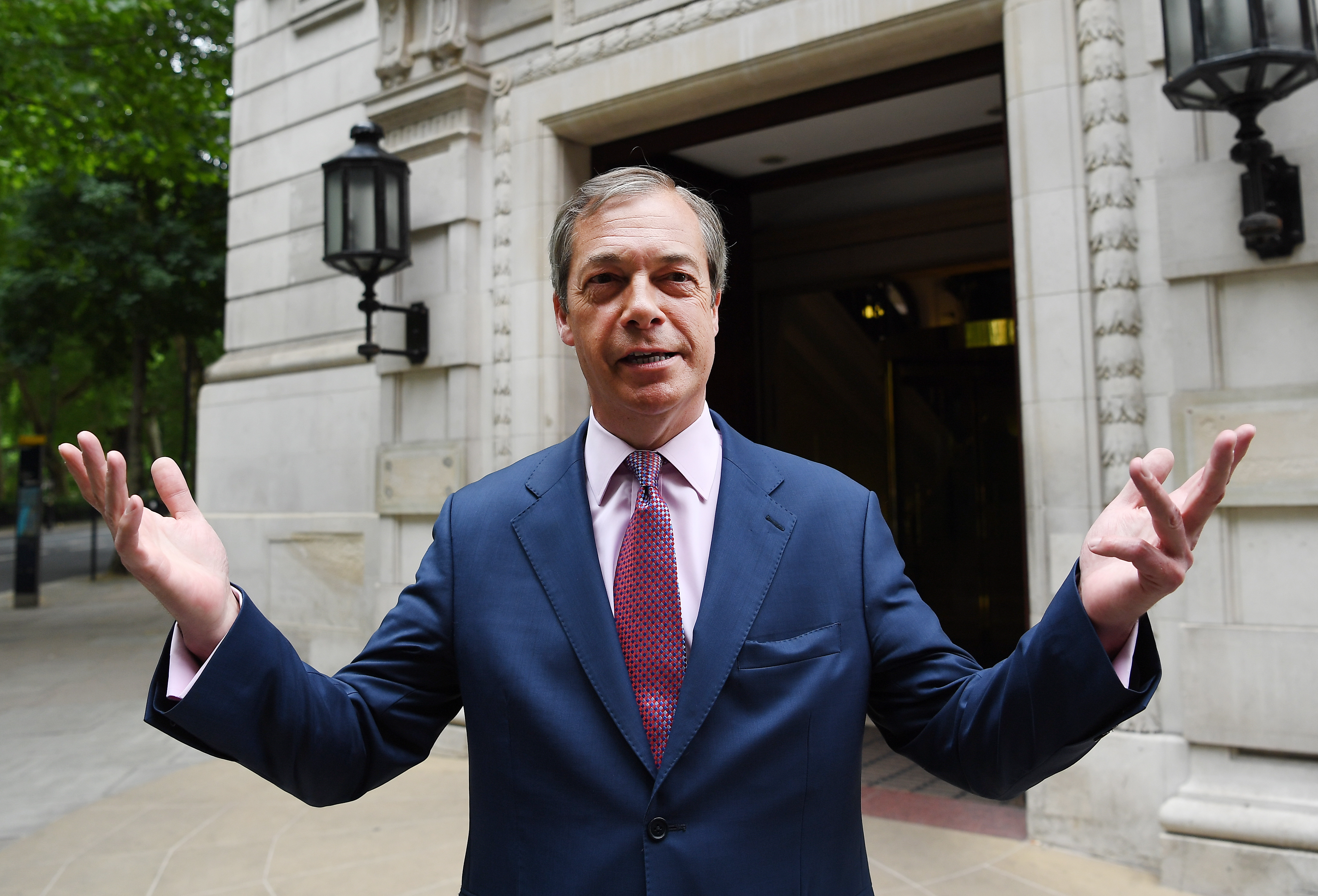 3
A source said Mr Farage told Italy’s Matteo Salvini and France’s Marine Le Pen it would need his “star quality and recognisable face” for their “Europe of Nations” gang to take off.
But Salvini and Le Pen were said to be put off by his demands which included transferring his staff on their current pay.

Salvini and Le Pen are also said to be wary of appointing a leader who may have to leave the Parliament in just four months’ time, if Britain quits the bloc on October 31.

Those  who voted for and  who stood for Farage  Party   limited company may not share  the views of Salvini and Le Pen , and it may be that Farage realises that  if he was to take them into this group and since he has total power in it , he could split his MEP's in less than a month.

Leanne Wood has no need to apologise for anything.

Indeed  it is up to her critics to show  that they do not share the views of those she was aiming at and by their actions prove it.

Unless they regard Salvini,,Le Pen and Hungary's Orbán approvingly.
Posted by glynbeddau at 06:37